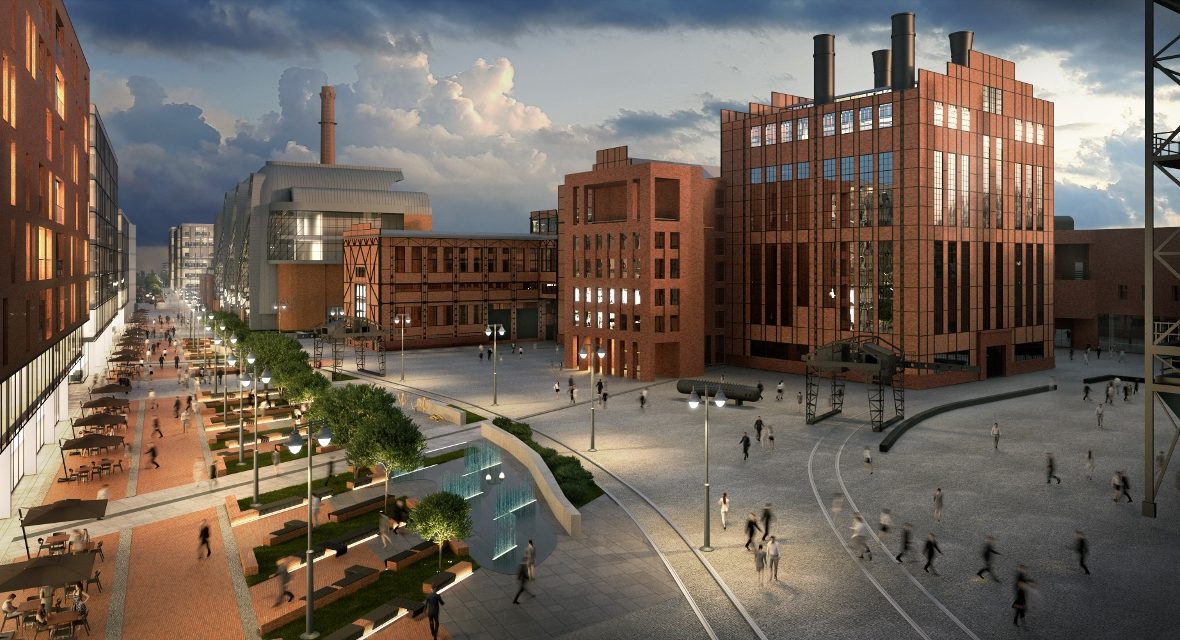 SUD designs “Rynek Kobro” for the city of Lodz. This project is part of a redevelopment of the city centre, and will allow for the construction of one of the main plazas of the new central station, which is situated underground. This square measuring 5 900 m², whose design is inspired by the work of famous Polish artist Katarzyna Kobro, will allow pedestrian access between the station and the new “EC1” science museum.

This original terraced design will offer a view of the museum from the station’s main hall below the square. This new public space will allow for events to be organised on the upper section, while the more intimate terraced section will be an open-air extension of the station’s waiting area as port of a garden with an artificial waterfall, a reference to the multiple canals and rivers that allowed for the development of this industrial city in the nineteenth century. Under the square, a public car park with 311 spaces will extend the new station’s “Park & Ride” facility.